Kerstin Brätsch's most recent works, titled Fossil Psychics for Christa, are brightly-colored, three dimensional stuccos, hovering between the realms of painting and sculpture. Stucco is a form of plaster, historically used to imitate marble and other rare stones. “It’s about extending painting,” Brätsch has explained of what drives her work, “following the logic of my brushstroke but in a different language.”  With this material, Brätsch creates “paintings” that appear ancient, like the result of geologic phenomena. Created with the assistance of master artisan Valter Cipriani, they resemble brushstrokes and monsters, regular motifs in Brätsch's oeuvre. These impossible objects are physically immediate, almost demanding to be touched, as well as deeply mysterious, like fossils transported here from another, less corporeal realm. 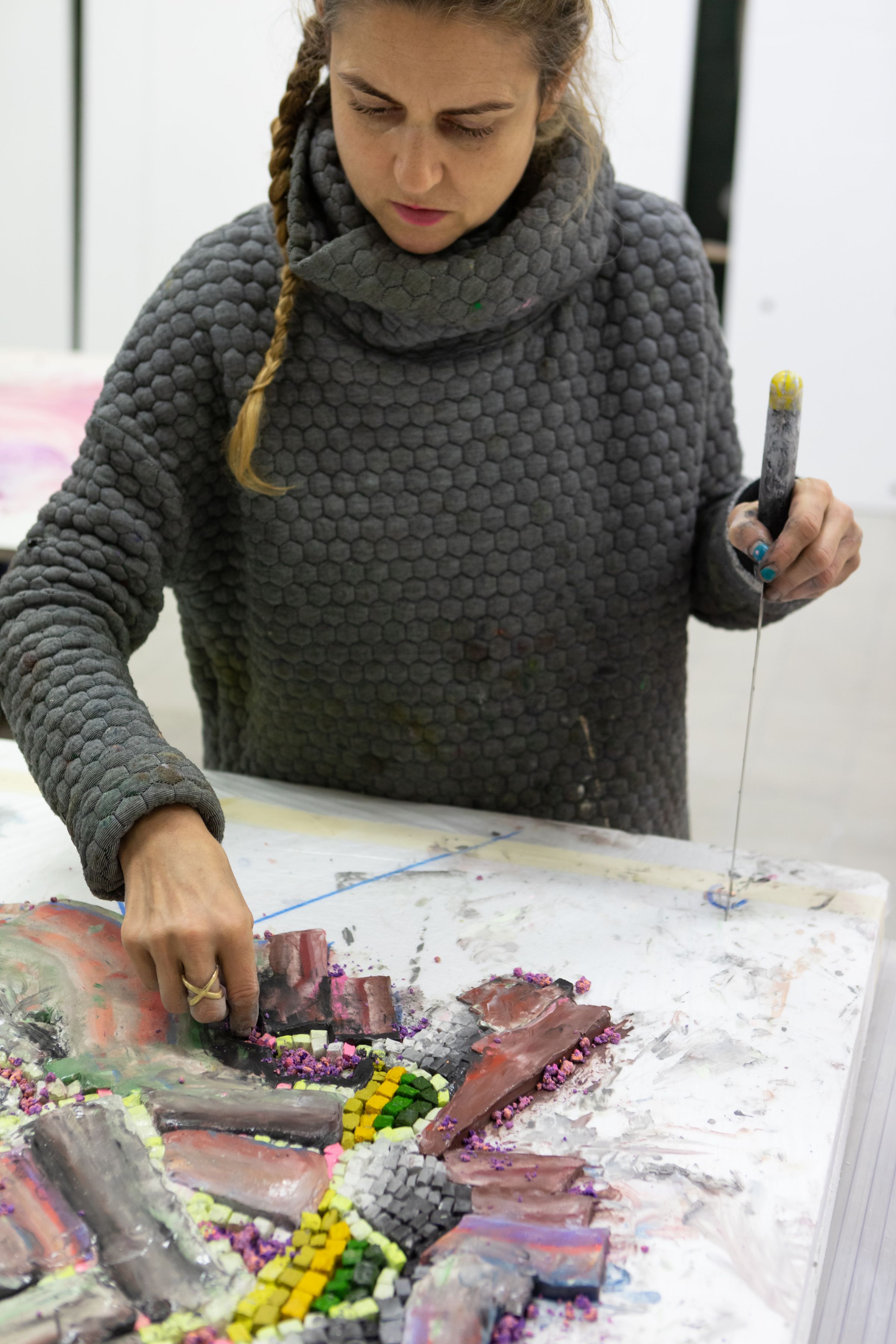 *
*
"I define my practice as a migration around painting, oscillating between a conceptual analysis of the medium and a devotion to painterly processes. I am interested in the power of the unknown and interrogating the concept of the occult within painting, I do this by the creation of a third body via collaboration, developing multiple-, ever becoming bodies via a collective community, and utilizing traditional craft techniques by manipulating their processes with an awareness of contemporaneity. I return constantly to the relationship between painting and subjectivity – a connection that is softened, destabilized, and sometimes parodied in my work. To question the agency of painting and engage with the expanded field of painting, I invite artisanal practices (such as stained glass, paper marbling, Stucco marmo) and collaborative projects into the equation of painting history. My work does not exist in isolation, but rather as objects of exchange and interaction." 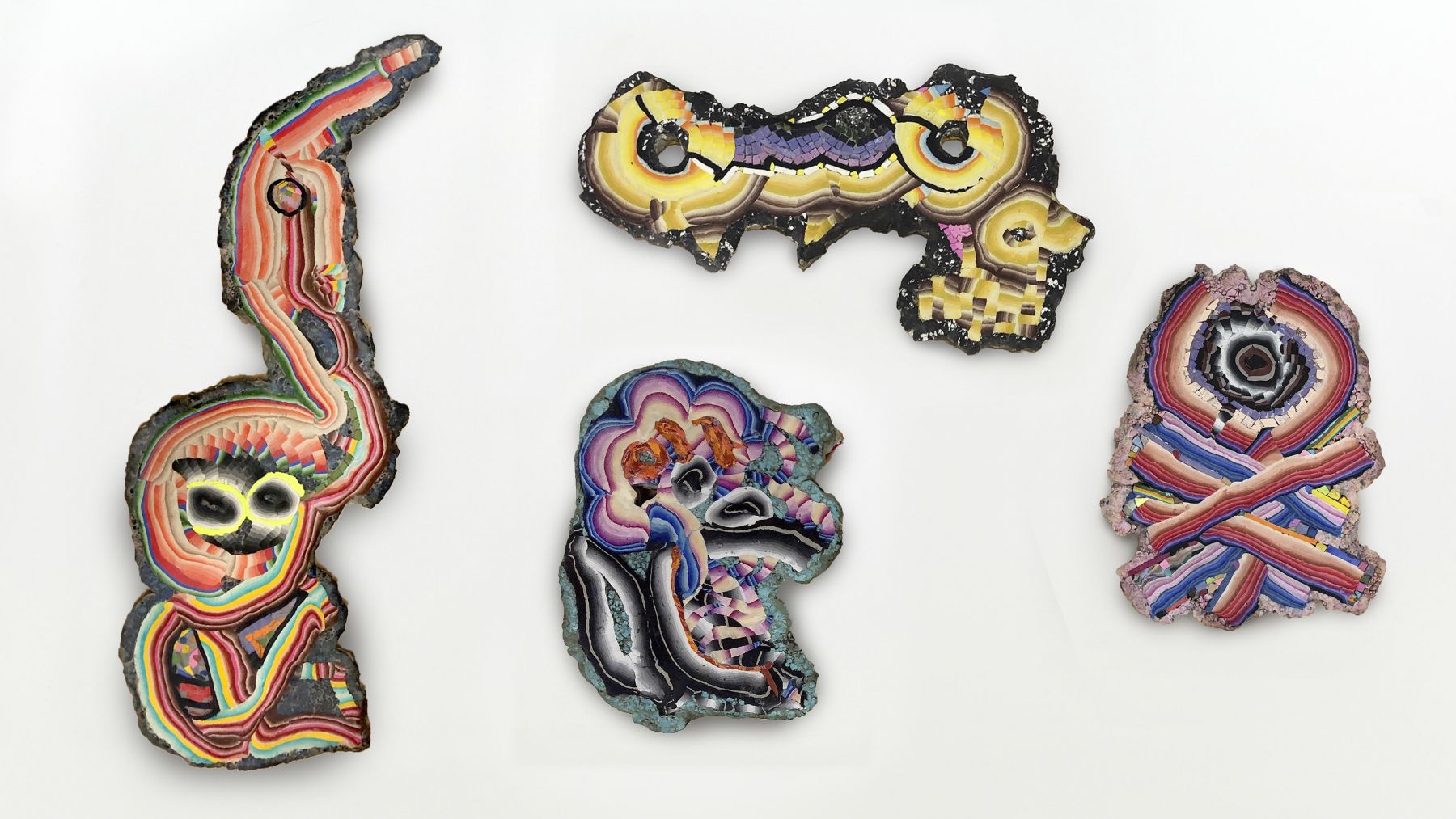 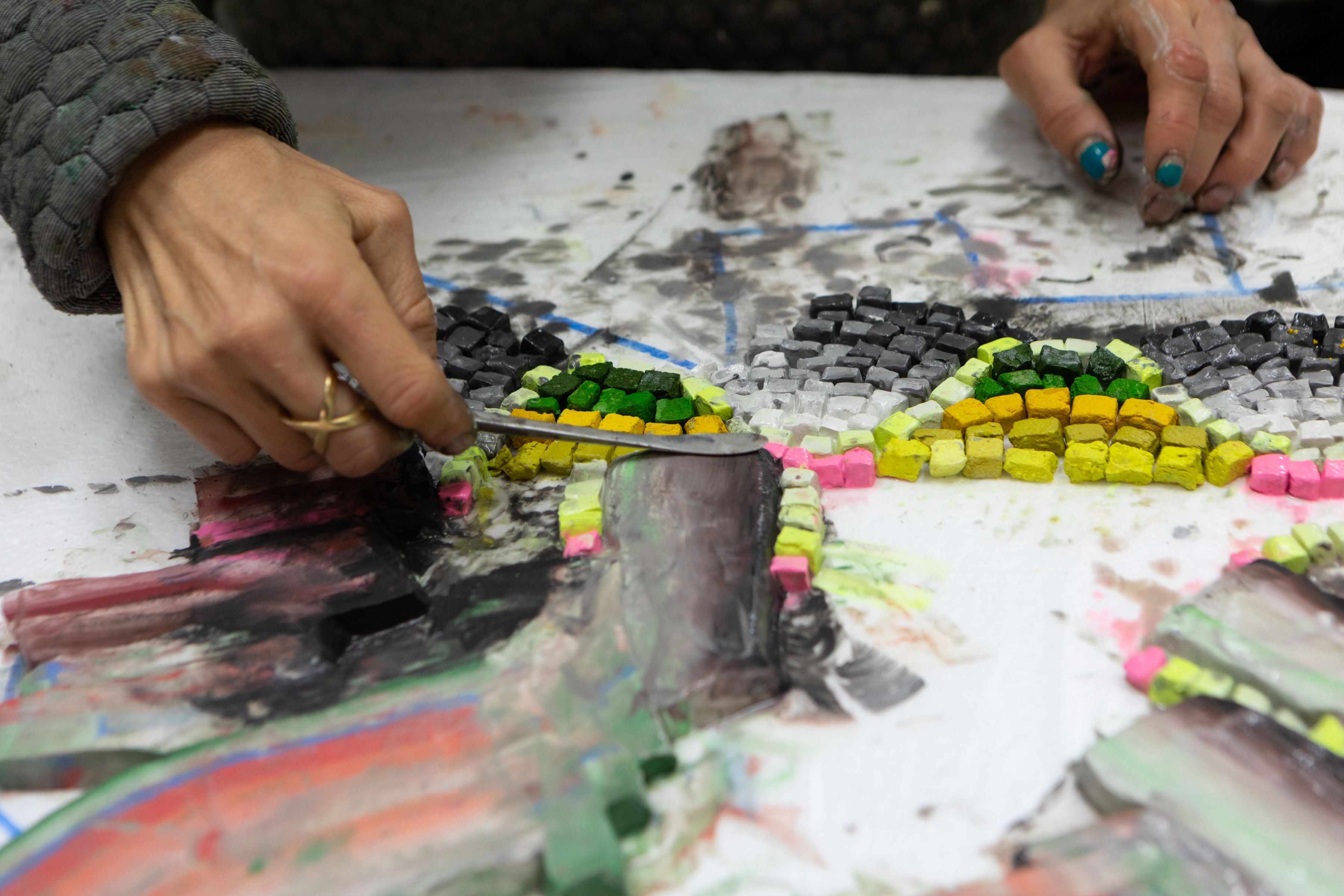 "The material looks as if a brushstroke – an action – has been trapped in the moment, like a fly enrobed in amber." 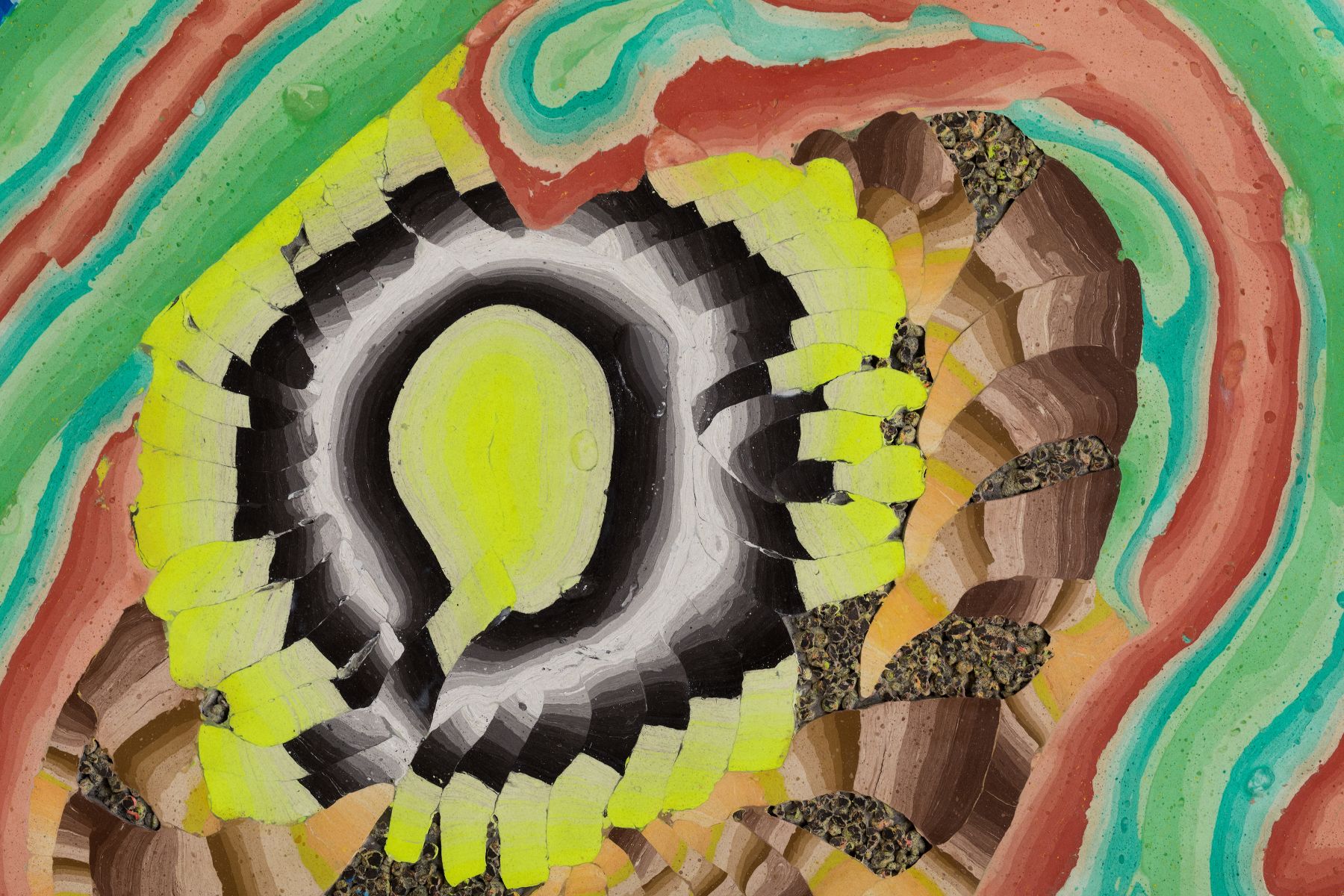 Kerstin Brätsch (b. Hamburg, Germany) is a painter who currently works in New York. Through her materially varied practice, Brätsch seeks to expand the definition of painting, continually challenging its delimitations. To destabilize the traditional notion of painting and authorship, she invites artisanal practices (such as stained glass, paper marbling, Stucco marmo) and collaborative projects into the equation of the history of the medium, shifting its agency from the singular to the collective. In fact, Brätsch works both autonomously and in collaboration with other artists, as part of DAS INSTITUT (with Adele Röder, from 2007) and KAYA (with Debo Eilers, from 2010) , as well as other collectives, including UNITED BROTHERS (Ei and Tomoo Arakawa).

Brätsch has been the subject of several solo exhibitions, including the Serpentine Galleries, London (2016); Museum Brandhorst, Münich (2017); and Fondazione Memmo, Rome (2018), and in 2019 she completed the site-specific installation Fossil Psychics for Christa for The Museum of Modern Art's Terrace Café, New York. In 2017, she was awarded the second edition of the Edvard Munch Art Award. In 2019 Brätsch received the Villa Romana Residency in Florence, Italy with her collective KAYA and most recently she was awarded the Helen Frankenthaler award for painting from the Foundation for Contemporary Arts, New York (2020). 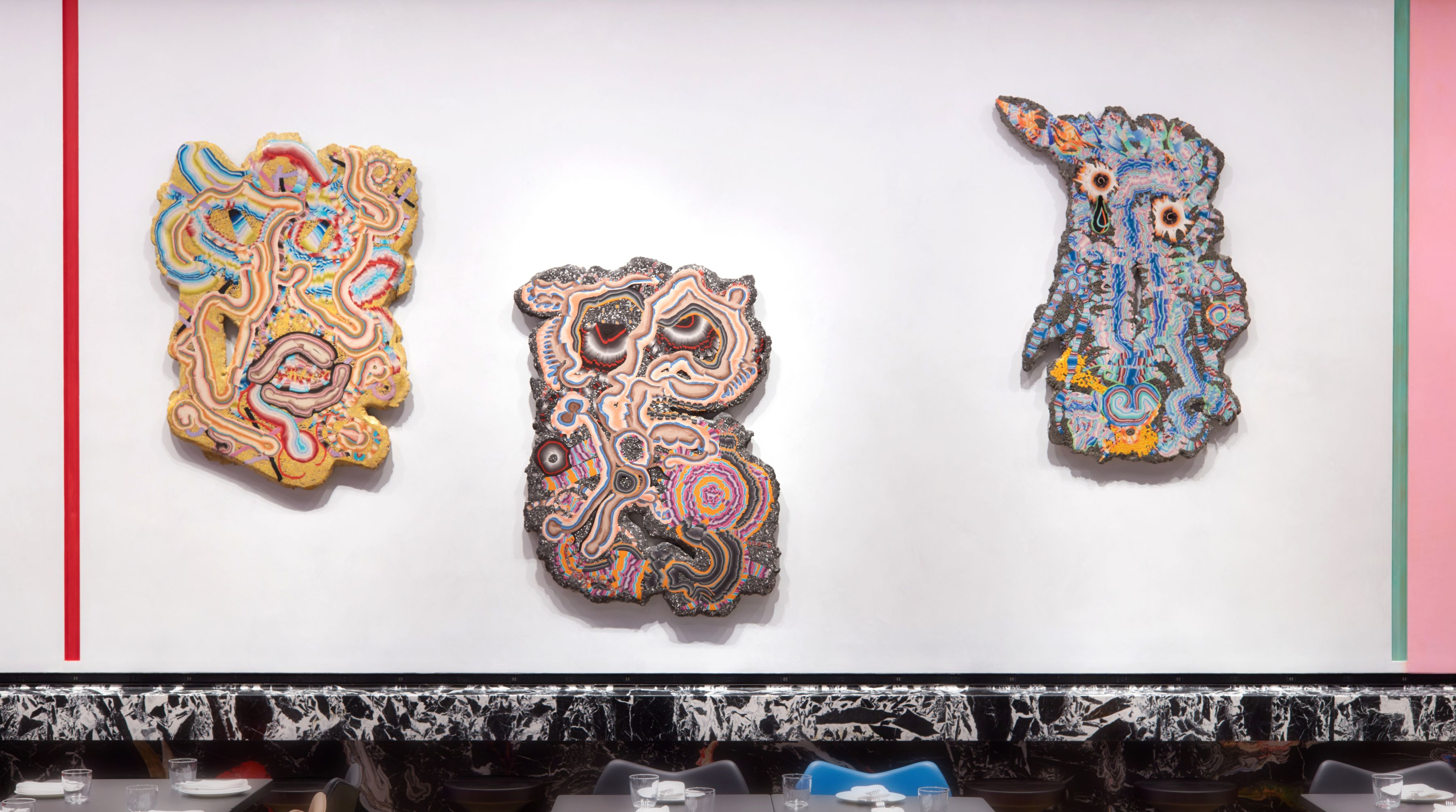