Uri Aran’s artwork contends with and confounds rigid notions of meaning. He posits that an object or word’s legibility is not inherent, but rather conditional, its comprehensibility reliant on context. Rather than mediating our perception of meaning, he opens things up, allowing language to breathe, to bleed; the pictorial becomes material becomes linguistic, then cycles back again. Our encounters with his work are unstable and unpredictable, taking place within semantic cracks and deficiencies, failures of direct expression.

Aran has called his new show at GBE House, seeming initially to turn the gallery itself into an allegory for a domestic space. But this literal transposition does not track. The title does draw out certain homely elements in the show – but it also generates dissonance. As we experience the show, “house” begins to unfold, its multiple meanings weaving in and out of clarity, overlapping with and separating from one another.

The artist has a decidedly unfixed relationship to media, combining aspects of sculpture, video, painting, drawing, and installation, ignoring the traditional formal constraints of each. Regardless of their material inconsistency and lack of discernable subject matter, the show’s works have a strong sense of unity, even interconnectivity. Written language provides a philosophical structure: Aran has created something like a vocabulary or alphabet, albeit an inscrutable one.

Tonally, the show is idiosyncratic, and emotionally disorienting. Certain moments are simultaneously playful and deeply somber. The artist’s willingness to dwell in interstitial, apparently contradictory emotional registers endows the works with a peculiar and often surprising humanity; conflicting feelings don’t just sit atop one another, but share the same space, as they do in life. 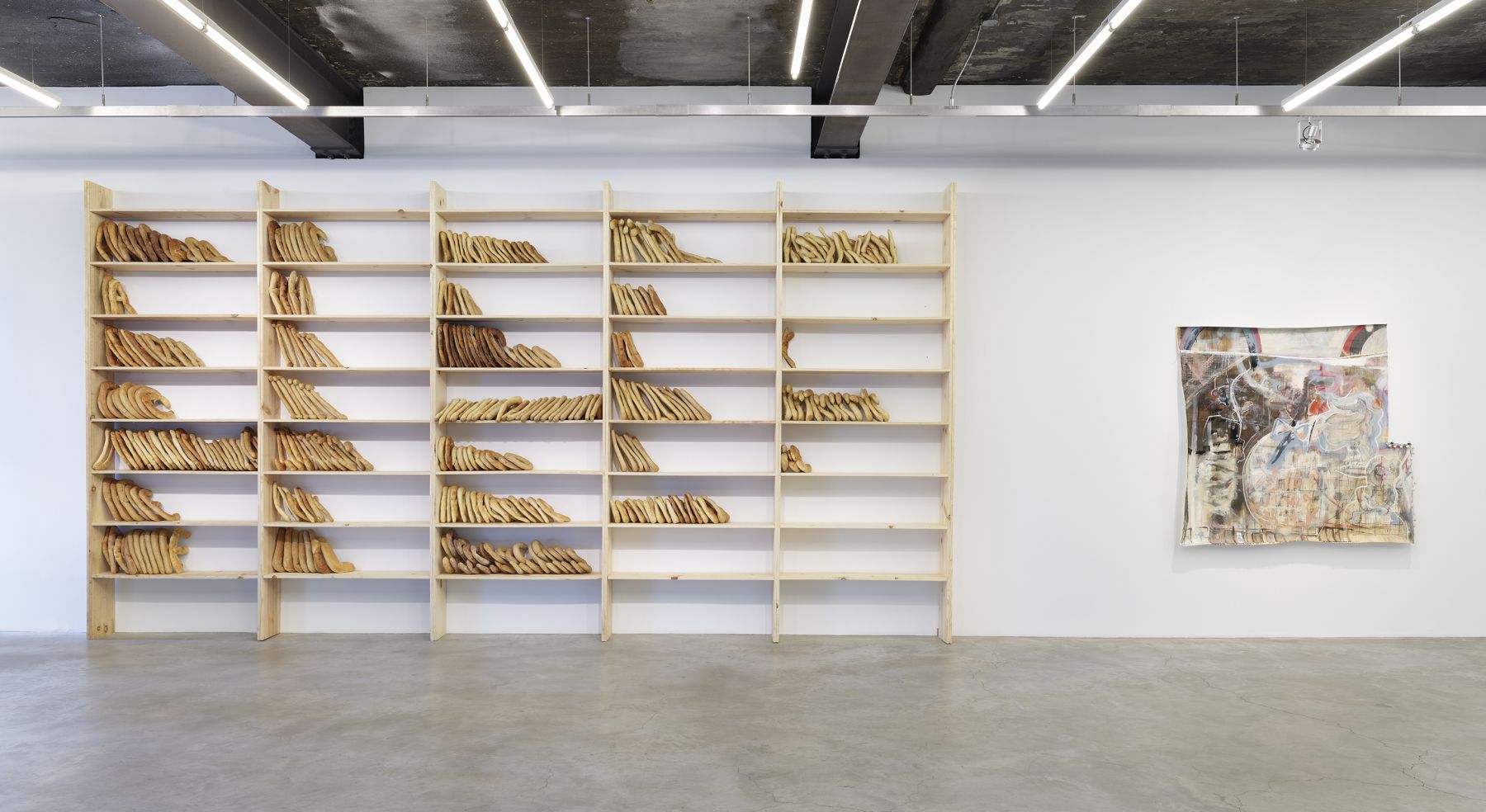 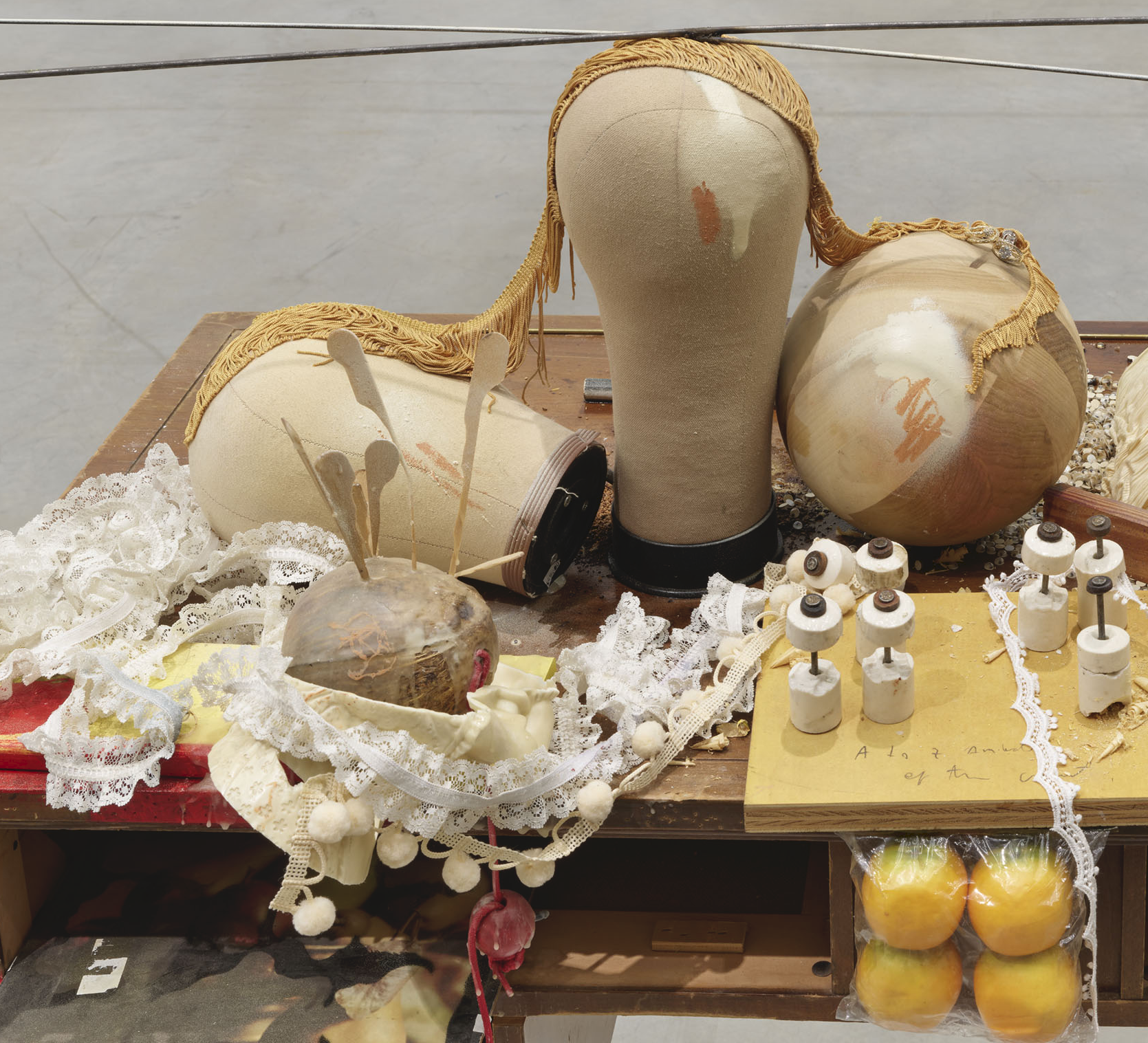 Aran’s mixed-media paintings are abstractions of their making—beautiful and so densely layered they take time to discern. Sculptural works, typically for this artist, include found tables appointed with so many objects and materials (corn husks recur), they slip around your eyes while you are looking. 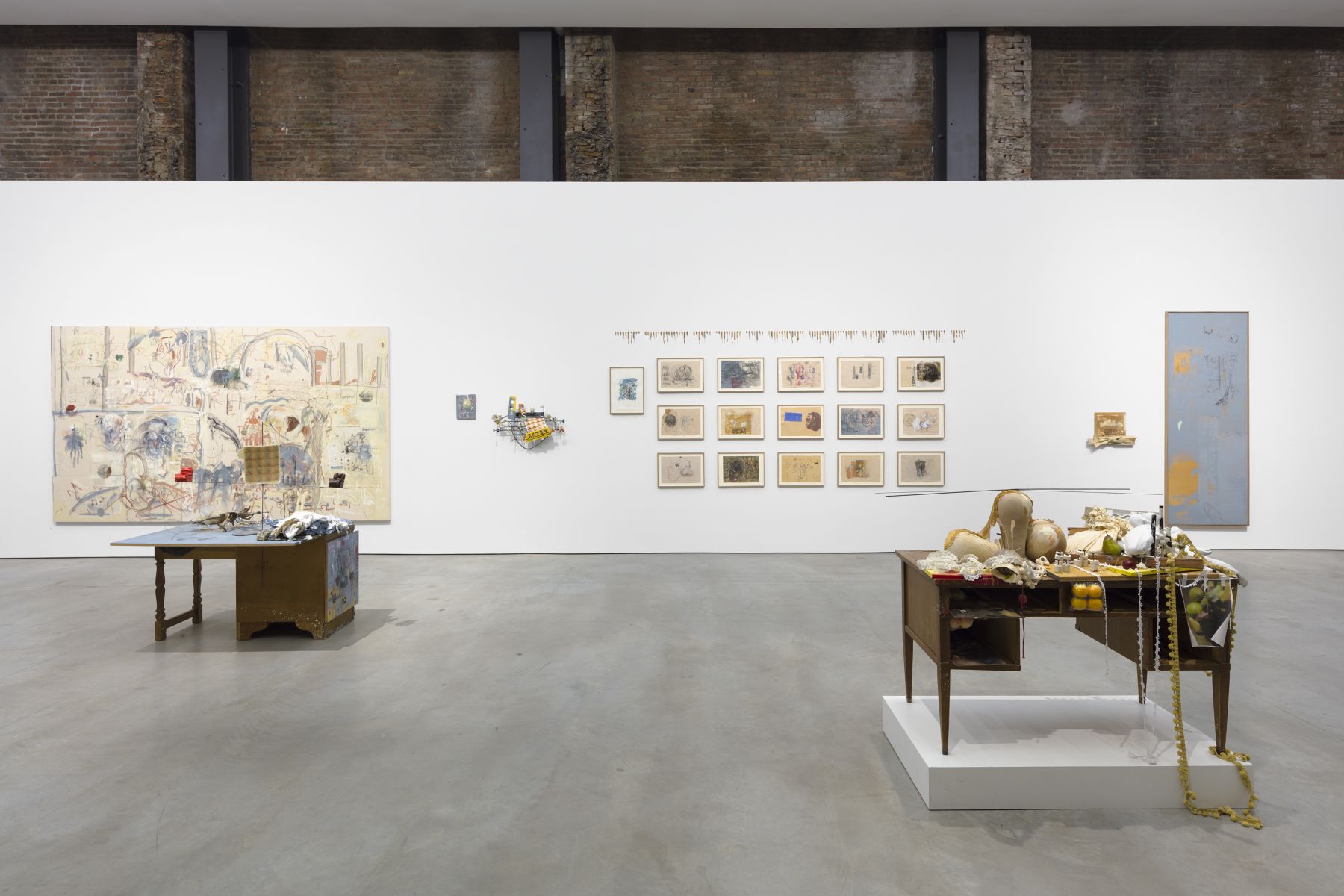 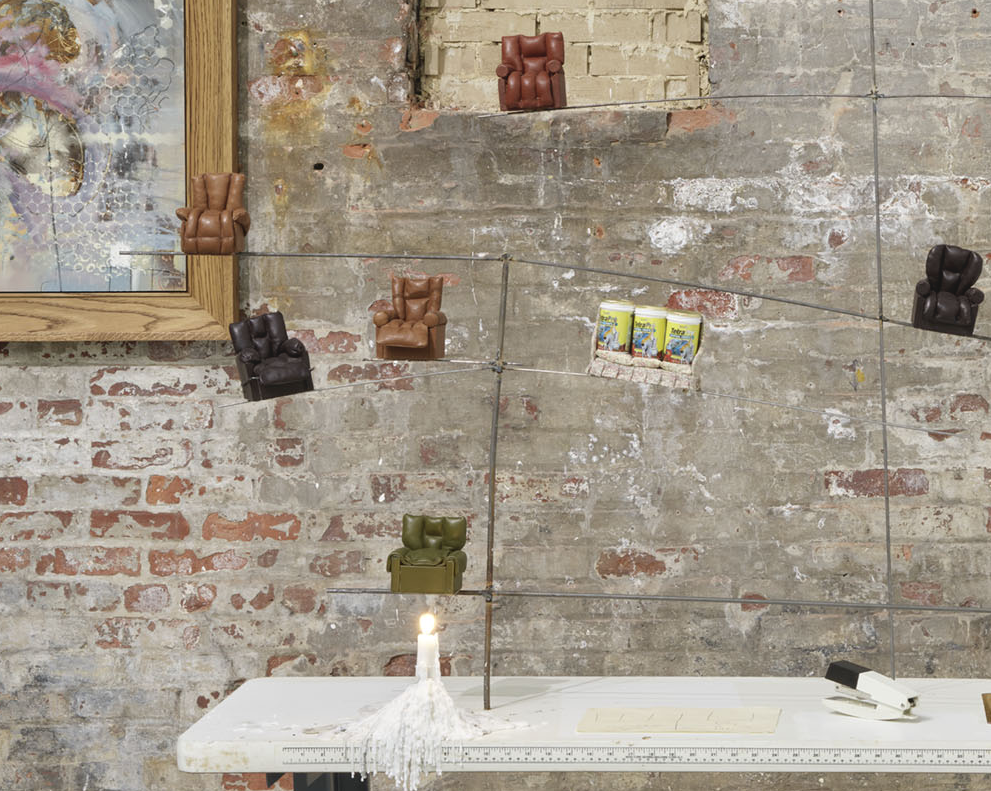 Uri Aran is a storyteller. His work is pervaded by the interrogation and redefinition of structures and models of communication, the material world, and interpersonal relationships. His visual idiosyncratic and disconcerting works hover on the boundary between the familiar and the strange. By superimposing different temporal axes, linguistic structures, and material categories, he reconstructs, extends and manipulates what constitutes a story, subverting existing genres and hierarchies. Aran’s visual idiom ranges from screenplays and elaborately developed films about appropriated and decontextualized images, to the assemblage of familiar everyday objects -including, for example, eggs, passport photos, and pizza boxes- which he processes, combines, and hence unites to form ensembles comprising intimate and simultaneously disconcerting worlds. The materials used have something domestic and comfortable about them, but act as indecipherable signposts as the meaning of the individual components constantly remains unclear. 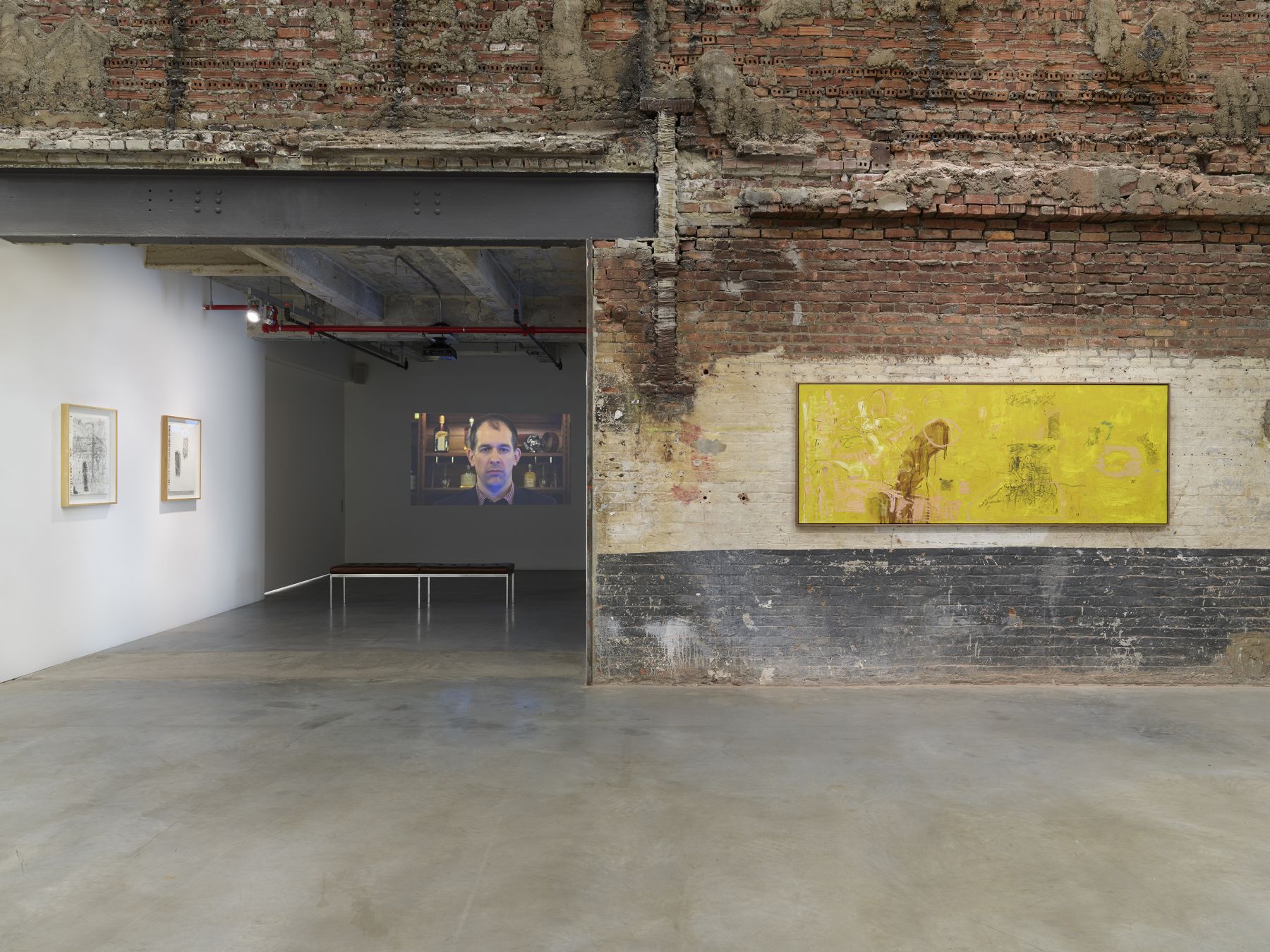 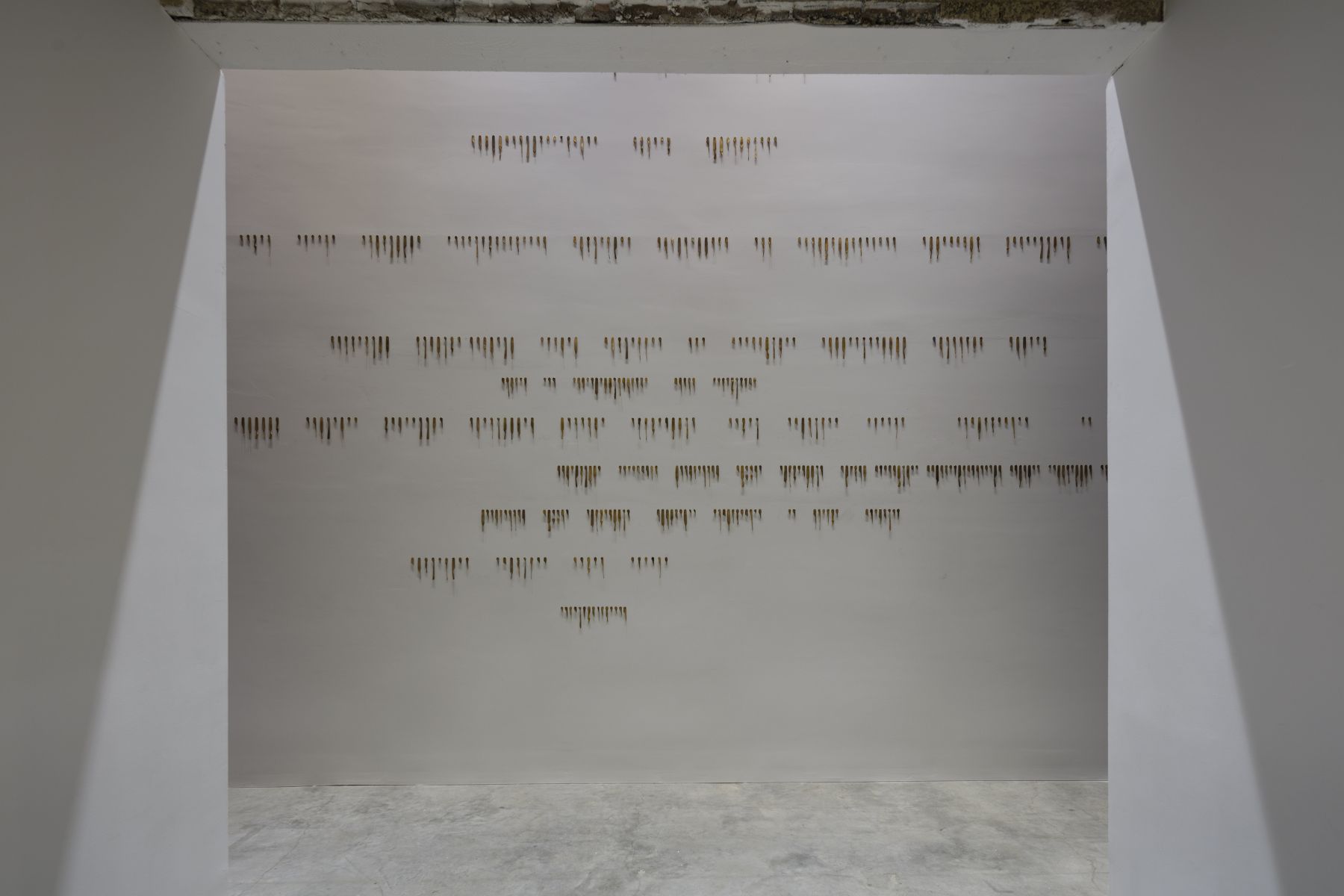 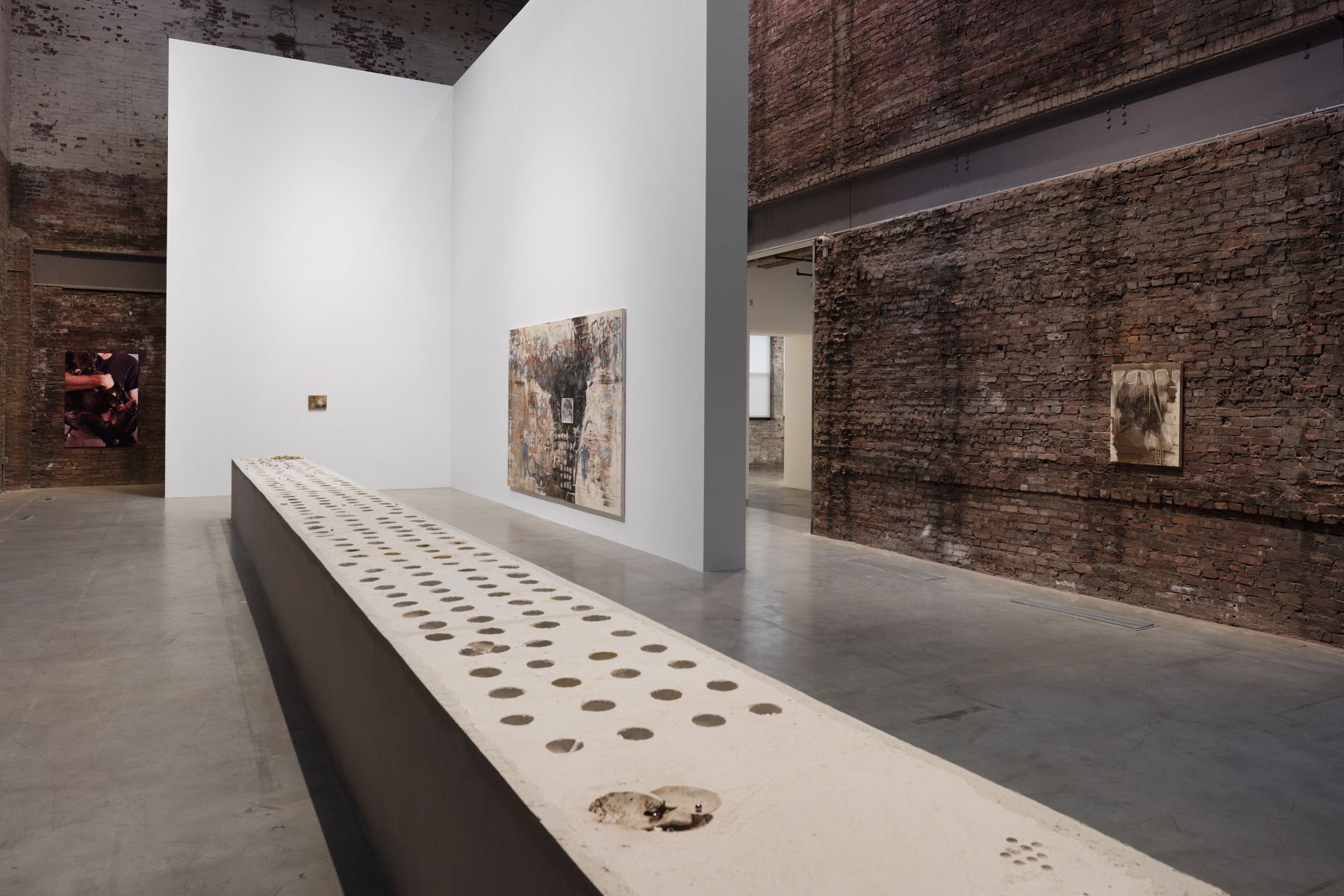 Uri Aran​ (b. 1977) uses original video footage, appropriated or de-contextualized images and formal elements from easily digested models of cultural production to build collaged structures and time lines. His work explores the humor, poetics and manipulations of everyday objects and popularly held beliefs. Aran calls attention to the nuances within a world of givens. Often deploying a combination of dry narrative and lush imagery, Aran’s work can be read as devastated landscapes where a loss of logic mirrors the sense of a set of promises that are currently unfulfilled.

Oil, graphite, and gesso on MDO

Still Life (Alone Together, Not on Train, Weathered)

Oil and mixed media on paper

Description of a Scene with Titles

Oil and oil pastel, polyurethane and graphite on MDO

Take This for Example

Oil, graphite, and gesso on MDO

Still Life (Alone Together, Not on Train, Weathered)

Oil and mixed media on paper

Description of a Scene with Titles

Oil and oil pastel, polyurethane and graphite on MDO

Take This for Example